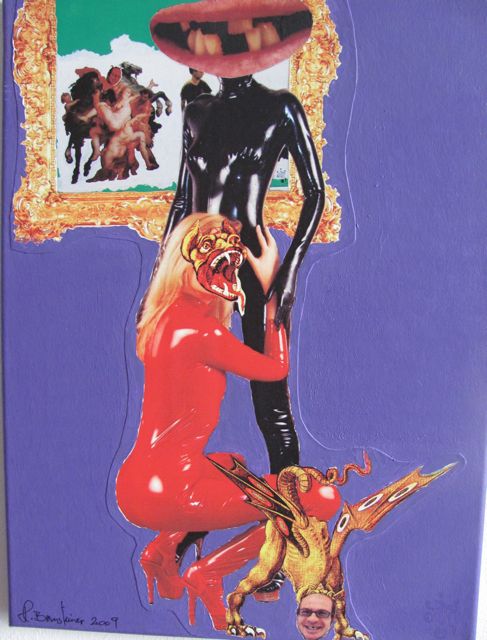 Bernie (Reinhard Bernsteiner) was born in Villach, Austria in 1963 and would prove to have more style and quiet charisma than any man deserves. He was a very distinctive figure in a Vienna art scene which does not lack in distinctive figures. Bernie and the artwork he made always stood out.
Bernie's art iconography was simultaneously self-depricating and celebratory. He was a brazen self-chronicler - warts and all - as they say. One of the last works I saw he sardonically lassoed his body parts, including the tumor inside him and took them for a stroll or a dance. It would break my heart to see it hanging in my house except that it was so damn alive! 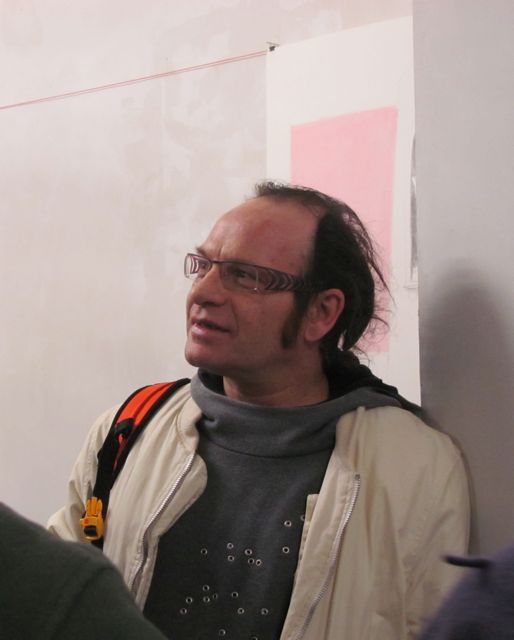 Bernie was kind and curious and I was always happy to see him because he always seemed happy to be seen  - it's an extremely simple thing but Bernie appeared to enjoy being Bernie. He studied at the Akademie der bildenden Künste in Vienna under professor Bruno Gironcoli and I first met him as the long time assistant to the artist Franz West. If memory serves me correctly at that first meeting Bernie was wearing red wrap around sunglasses and a purple crop-top and I was impressed! Who was this guy?

Reinhard Bernsteiner pursued the life of the artist with humor and gentility with a flare for the unique through the often twisted world we live in. Sadly in one of those weird twists Bernie died on the 21st of December, 2011. You will be missed. 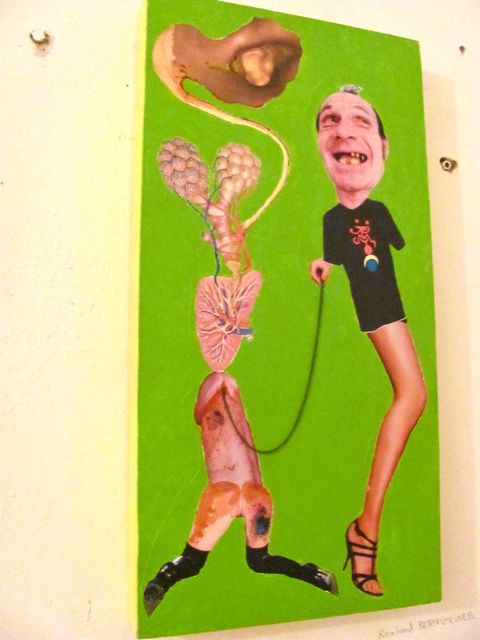 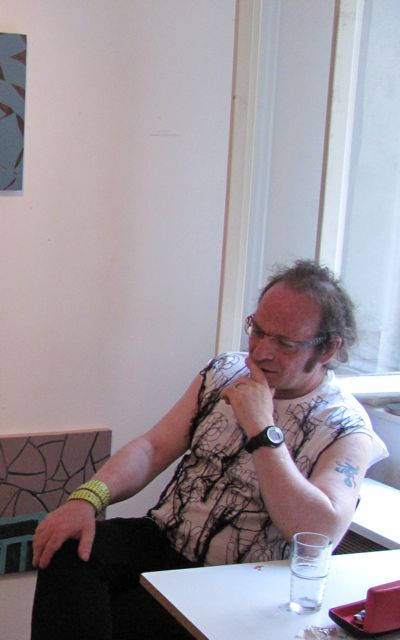 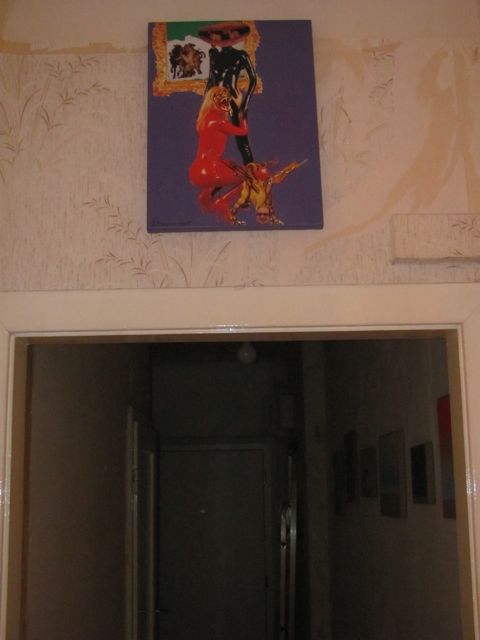 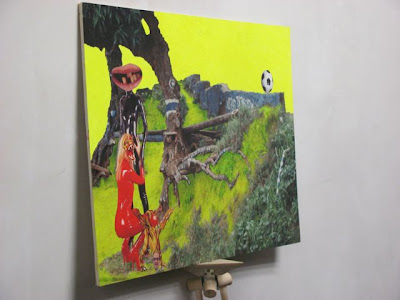 Video with Reinhard Bernsteiner, 2010 (German)
Posted by lakejulie at 6:59 AM